Plastic bags entangled in the branches of a tree in the East Village neighborhood of New York. | PA

As New York State grapples with a plastic pollution crisis, lawmakers are tackling the problem with a new round of policy proposals.

Two bills introduced in the New York State Assembly this month would place far-reaching demands on plastic manufacturers, forcing them to pay for waste management and dramatically increase recycling rates, among others.

One of the bills, labeled by supporters as “the strongest packaging reduction bill in the countrywould force plastic manufacturers to reduce their single-use packaging by at least 50% within 10 years, while forcing big polluters to pay the cost of plastic disposal and recycling. The other proposal would expand the “Bottle billwhich allows consumers to get pennies back if they return used bottles to a retailer or redemption center.

“This comprehensive legislation is commensurate with the seriousness of the problem of plastic pollution,” said Judith Enck, former regional administrator of the Environmental Protection Agency and president of advocacy group Beyond Plastics, in a statement.

One-time bill, Assembly Bill A10185, invokes a concept known as “extended producer responsibility” or EPR. Many policies fall into the EPR category, but the approach generally aims to place the economic burden of waste management on the companies that manufacture plastic and use it in their products. Companies would therefore have to pay all cleanup, disposal, recycling and other handling costs associated with the products they produce after consumers have thrown them away.

In addition to the goal of halving single-use packaging, the bill would require plastic producers to pay a fee based on the amount of packaging material they sell and ensure that 90% of their remaining non-reusable packaging is recyclable, compostable, or made from post-consumer recycled content within 12 years of the bill’s implementation.

Other measures in the bill include requiring producers to stop using chemicals such as per- and polyfluoroalkyl substances (PFAS), bisphenols and halogenated flame retardants in their products. These chemicals have been linked to neurological, developmental and metabolic problemsand a increased risk of cancer. At least 10 new substances should be added to the list of banned compounds every three years, unless regulators determine that “there are not 10 chemicals that meet the definition of toxic substances.”

The EPR bill would not apply to all companies: producers would be exempt if they make less than $2 million in gross revenue per year or those who manufacture less than a ton of packaging materials each year . Nor would it apply to reusable packaging or packaging used for medical purposes.

Rachel Karasik, policy associate at Duke University’s Oceans and Ecosystem Services programs, said the bill is notable for explicitly banning so-called “chemical recycling” – a process in which used plastic is melted down and theoretically incorporated into new products – to be counted towards mandatory recycling benchmarks. Environmental advocates have criticized the process inasmuch as “expensive and complicated way to burn fossil fuelsbecause cost and technology barriers often lead companies to burn molten plastic as fuel rather than converting it into new products. Proposals in other states have been less clear on whether chemical recycling could help reduce plastic use targets.

The second proposal, Assembly Bill A10184, would expand New York State’s bottle bill to include containers for non-carbonated beverages such as wine, juice and tea, and double the current 5-cent bond, allowing consumers to recoup 10 cents for every bottle they return. The bill is based on the idea that consumers pay a deposit each time they purchase an eligible drinkand can then recover their deposit if they return the empty bottle.

Steve Englebright, the New York assemblyman who introduced the bills, said at a press conference earlier this month that he thought the bills had a “good luck passingthough that probably wouldn’t happen until next year; the Assembly ends its current session on June 2.

Environmental advocates have applauded the proposed bills as an opportunity to get companies to ditch unnecessary packaging. Brian Langloss, senior New York field representative for the nonprofit Oceana, said the EPR bill would align with the values ​​of 88% of New York state’s registered voters, who say they support policies to reduce single-use plastics. “We are not the only ones who are tired of seeing plastic in our waterways, in our trees,” he said, describing “snowy” trees covered in plastic bags and views of the Hudson River clogged with drifting plastic bottles.

According to Beyond Plastics, New York State produces nearly 7 million tons of plastic packaging waste every year, constituting approximately 40% of the state’s entire waste stream. This plastic is unlikely to be recycled. Instead, it ends up being incinerated, landfilled, or polluted directly into the environment, where it releases toxic chemicals into soil and water.

Other states have also come forward with proposals to get their plastic pollution under control, though Karasik said few are as comprehensive as New York’s proposed legislation. In California, voters will soon consider a controversial election initiative it would require producers to reduce single-use plastics by 25% by 2030 — a rate that New York State would surpass within four years, if the packaging bill passes. Other pieces of legislation in Maine and Oregon require plastic producers to form and fund waste management organizations, but they lack quantitative benchmarks for plastic reduction. At the federal level, the draft Free yourself from the plastic pollution law seeks to create a national EPR program that would require growers to pay for long-term packaging pollution, but it also excludes quantified targets for reducing plastic production.

Langloss expressed optimism that the New York state bills would pass and serve as an example for other jurisdictions across the country. The introduction of the EPR bill and its ambitious and quantitative packaging reduction targets, he said, is “already a small victory”.

This article has been reposted from Grist.org. 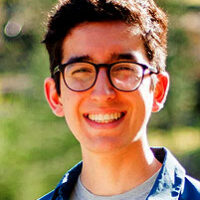