CAIRO, Sept. 18 (Xinhua) — A group of volunteers took a boat on the Nile in the Egyptian capital Cairo, equipped with life jackets, rubber gloves and long-handled fishing nets, to collect floating bottles and other plastic waste. in an awareness campaign to mark World Cleanup Day.

About 60 volunteers joined the Nile cleanup activity launched by VeryNile, an Egyptian environmental initiative dedicated to removing trash and plastic waste from the world’s longest river and raising awareness about the importance of fighting pollution. plastic pollution.

World Cleanup Day is celebrated annually on the third Saturday in September, which this year falls on September 17. 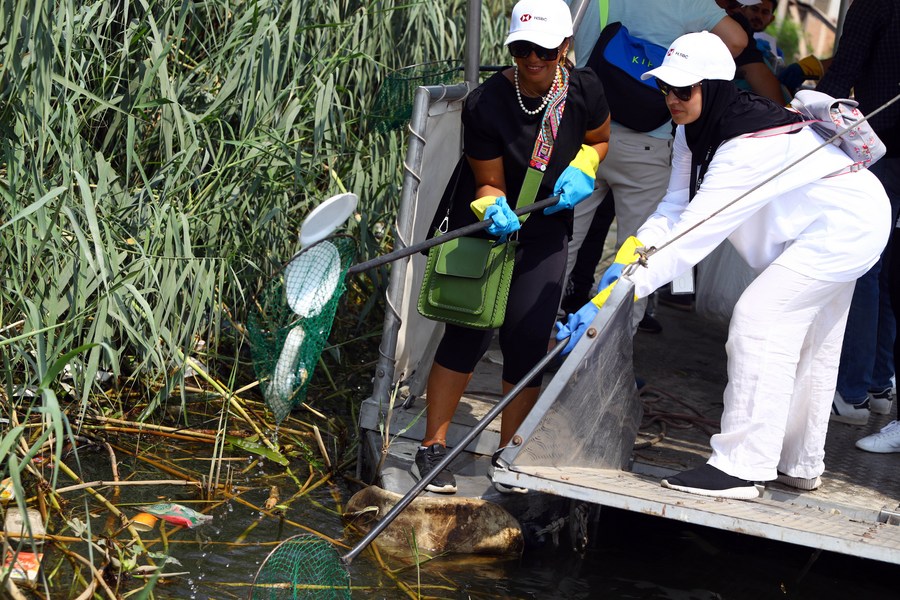 “We collect plastic waste from the Nile and its bank. We learn how to clean the river and preserve the environment and also how plastic waste can be recycled into something useful,” said Mohsen Ahmed, a university student. in interior design, noting that he has been volunteering with VeryNile for about three years.

Later in the afternoon, in another area by the river, the VeryNile initiative built a pyramid of compressed plastic bottles as part of the campaign, to show people the extent of the problem of plastic pollution.

The pyramid is made up of more than 200,000 plastic bottles recovered from the Nile. It is more than five meters high and weighs more than six tons, according to Alban de Menonville, co-founder and managing director of VeryNile.

“VeryNile aims to fight plastic pollution, collect plastic waste from the Nile and, above all, raise awareness of how everyone should take small steps in their daily lives to have less impact on the environment,” said VeryNile’s general manager told Xinhua.

The clean-up campaign comes about two months ahead of Egypt’s hosting of the 27th session of the United Nations Climate Change Conference (COP27) scheduled for November this year in the seaside resort of Sharm el-Sheikh on the Red Sea.

“As far as the environment is concerned, this is a very special year for Egypt,” De Menonville said, adding, “We want to show the world that when we have such a wonderful resource like the Nile, we in Egypt we care about it and try to do our best to preserve it.” 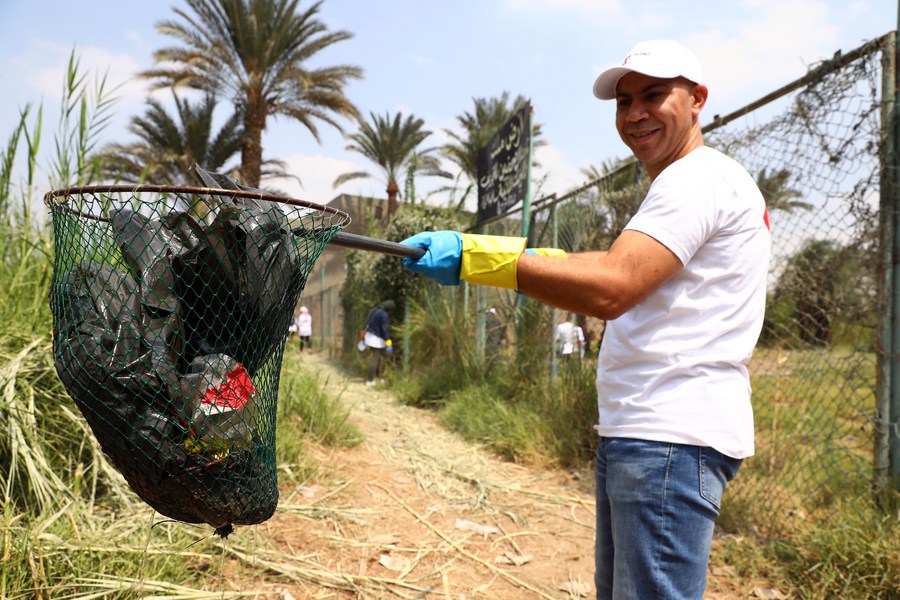 A volunteer cleans up plastic waste near the Nile River in Giza, Egypt, Sept. 17, 2022. (Xinhua/Ahmed Gomaa)

After helping to collect plastic bottles from the river, Ala El-Khatib, one of the volunteers, said she teaches her daughters to reduce the use of plastic bags and separate waste at the house in recyclable and non-recyclable.

“Such activities shed more light on Egypt’s environmental efforts, as most foreigners believe that Egypt is not so advanced in this area. So these campaigns draw our attention and show how good we are. very committed to sustainability and relevant initiatives,” said El-Khatib. , who works for an international bank in Egypt, said. 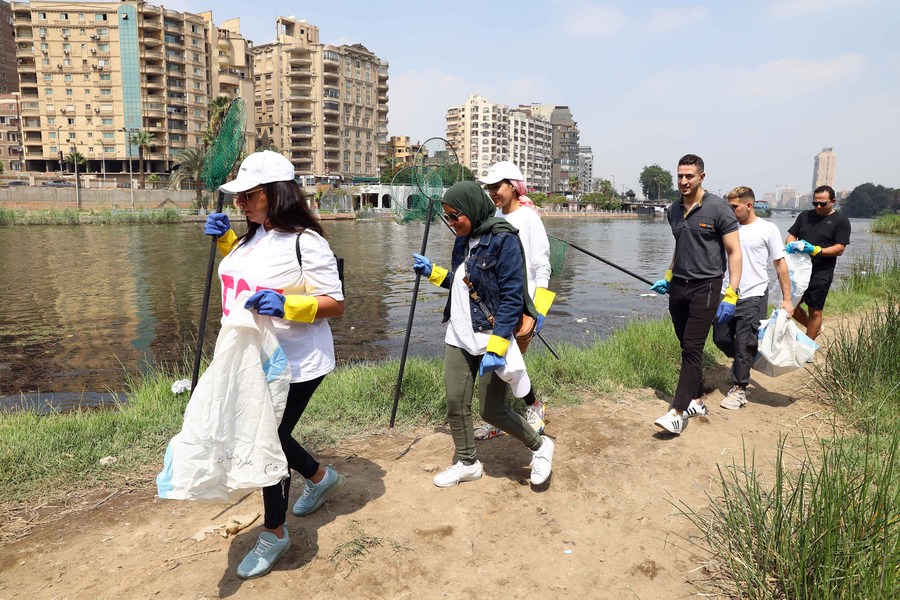 “Civil society organizations and youth initiatives are very influential as they work within their communities and launch awareness campaigns to make people understand the dangers of plastic waste and the importance of recycling it,” said- she declared.

“The Nile is our life. It is Egypt’s lifeline, and it is very important to protect it and preserve the quality of its water,” the Egyptian environmentalist told Xinhua. ■

Plastic waste in the oceans scares the great circle of life